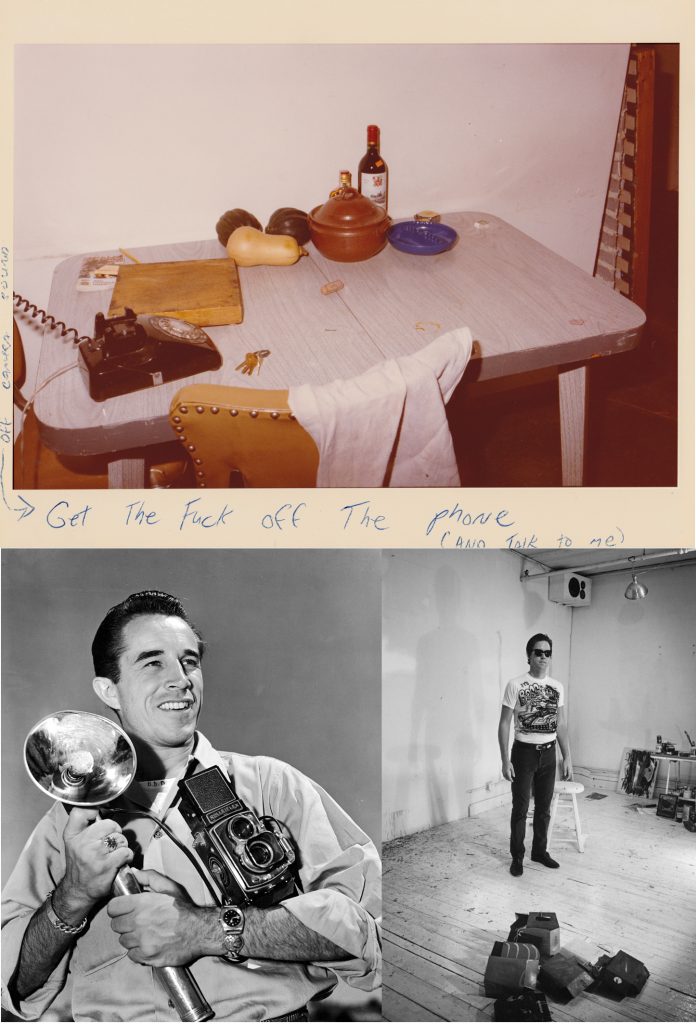 In the summer of 1979 I received a call from my friend Marsha D. Marsha lived at 79th St. and York Ave. with her nine-year-old daughter. She owned a boutique called Bon Reve in Atlantic City, in the mall of Resorts International Hotel & Casino. Resorts International was owned by her boyfriend James Crosby. If you’ve never heard of James Crosby, a good place to start might be his NY Times obit from 1986. Don’t stop there though; Google his connection with Unexcelled Chemical -great band name!- and Mary Carter Paints.

Whatever you do, avoid anything written about him by Robert D. Morrow, unless you long for the feeling of your socks going up and down by themselves.

Crosby was a major player with International Intelligence, or Intertel for short. Intertel was run by ex-FBI, Justice Department and C.I.A. agents. How connected was Crosby ? When Shah Mohammad Rena Pahlavi was overthrown in February of 1979, he became Crosby’s private houseguest on Paradise Island in the Bahamas, which he mostly owned; the same island on which The Beatles had filmed parts of “Help”. There, The Shah was completely protected from any and all forthcoming fatwās issued by Iran’s new leader,  Ayatollah Khomeini.

Back to the Upper East Side…

Marsha was never my girlfriend; just one of those associates that makes you wonder who’s the bad influence in the relationship. We met in 1978, during one of the worst times of my life. Had you asked me at the time how I was doing, I probably would have tried to convince you that I was crushing it…tip-top ! I was 27: enough has been written about that age as regards artists and mortality. For anyone, in any walk of life, the late twenties can be a veritable crucible. You’ll either be ground down by lingering teenage decision-making, or undergo a metamorphosis that might let you wing your way towards your thirties and midlife. In my third year of New York City living, I was definitely “slouching towards Bethlehem”, and made sure to surround myself with others equally adept at slouching. Bob Marley was dying, Patti Smith was “Dancing Barefoot” and I was working part time at the David McKee Gallery, where I got to meet and hang shows by my hero, Philip Guston.

I was one year removed from a marriage that lasted about a year and a half. It had started on Willem de Kooning’s birthday in Brown County, Indiana, and ended in Dennis Oppenheim’s fifth-floor Tribeca loft. My Ex’s slouching was way worse than my own…ask anyone. I gave her the loft I’d built and moved all my paintings down five flights of stairs, walking them across the street and into my new loft in a building I shared with Julia “Duka Delight” Heyward, Erika Beckman, Robert Polidori, Jody Guralnick, Mark Bingham, Jean Shaw and Rick Messick. Finally separated from a partner who made my own behaviour seem almost acceptable, I began a five-year bottom that was far more lonely and sad than it was exciting. It was a weird time in the New York downtown art scene… When  I arrived in 1976 it was common to hear that one shouldn’t expect to have an exhibition before the age of forty. By 1985, if you were over twenty-three your time had passed. In between those years you had the great pincer movement that was “Reaganomics”, and its cultural counterpart,“Schnabelization”. 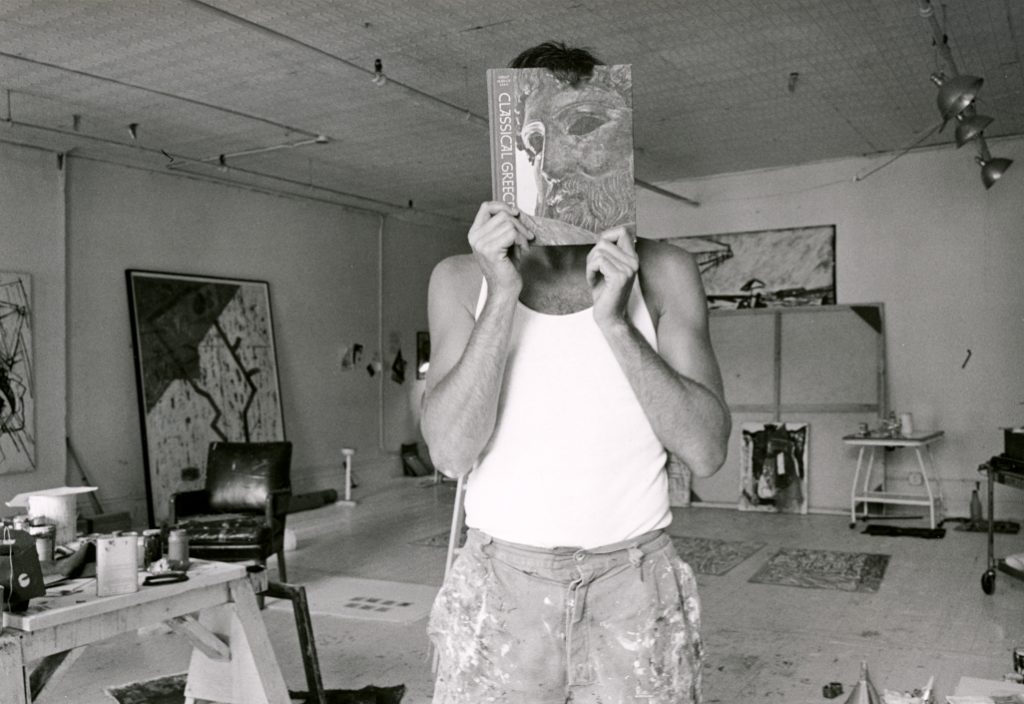 So, the phone rang in my lower Broadway painting studio. It was Marsha. This usually meant she wanted to buy a painting or stay up for three days talking. This time it was neither.

“Would you like to meet me and my friend for lunch in Chinatown”?

“David Douglas Duncan, heard of him ?”

“Of course, I have his book “Goodbye Picasso”!

I knew he had stayed with Picasso, and that he was a wartime photojournalist, but I wasn’t by a long shot aware of the magnitude of his body of work, let alone the heft of his reputation, which was global long before everything became global. Off I went in my white Levi’s and flip-flops to meet this giant whose work I was only minimally familiar with. I met them at a restaurant that wasn’t one of my usual Chinese haunts. By the time I arrived, David had ordered squab for everyone. I acted like I knew what it was: “Squab, GREAT !” 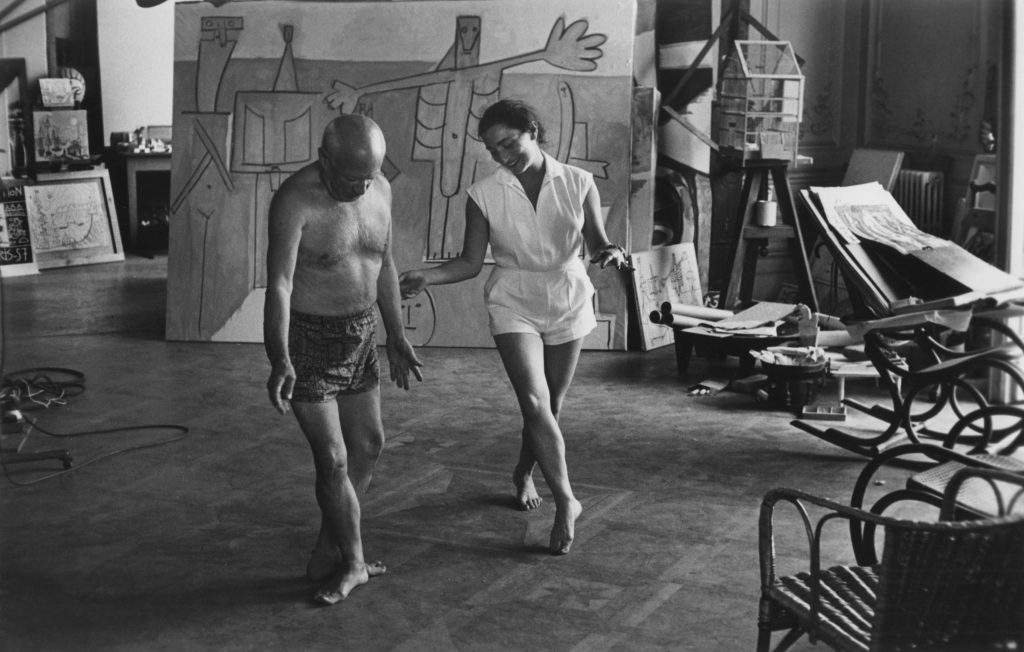 DDD was so convivial, engaging and open. In retrospect, it was like meeting Jesus, but knowing nothing about him other than his interest in woodworking. He loved being around younger people, and was eager to hear who, in my opinion, was doing great painting. This was a year or so before the “Great Figurative Art Scare” of 1981, so I mentioned Marden, Stella and Guston…sorry ladies. I don’t recall whether he was familiar with any of their work; I also don’t remember asking him even one measly question about Picasso.

Here I was, sitting across from the Library of Alexandria’s Bookmobile without a library card. After lunch he and Marsha left together in a cab and I returned to my studio… or it might have been Magoo’s, depending on how close it was to Happy Hour.

It was between our lunch in the summer of ’79 and our next meeting that half of San Francisco and a quarter of downtown New York started dropping dead from a new and mysterious illness, where we watched the murder of a Beatle, followed by the near-assassination of the dementia- suffering running mate of the Vice President we’d elected, who owned an oil company and had once run the C.I.A.; endured two stock market crashes and their attendant trickledown mayhem; watched three oil wars on CNN,  witnessed two skyscrapers taken down with three commandeered commercial airliners by nineteen guys with box cutters and finally, against all odds, elected our first Black President… 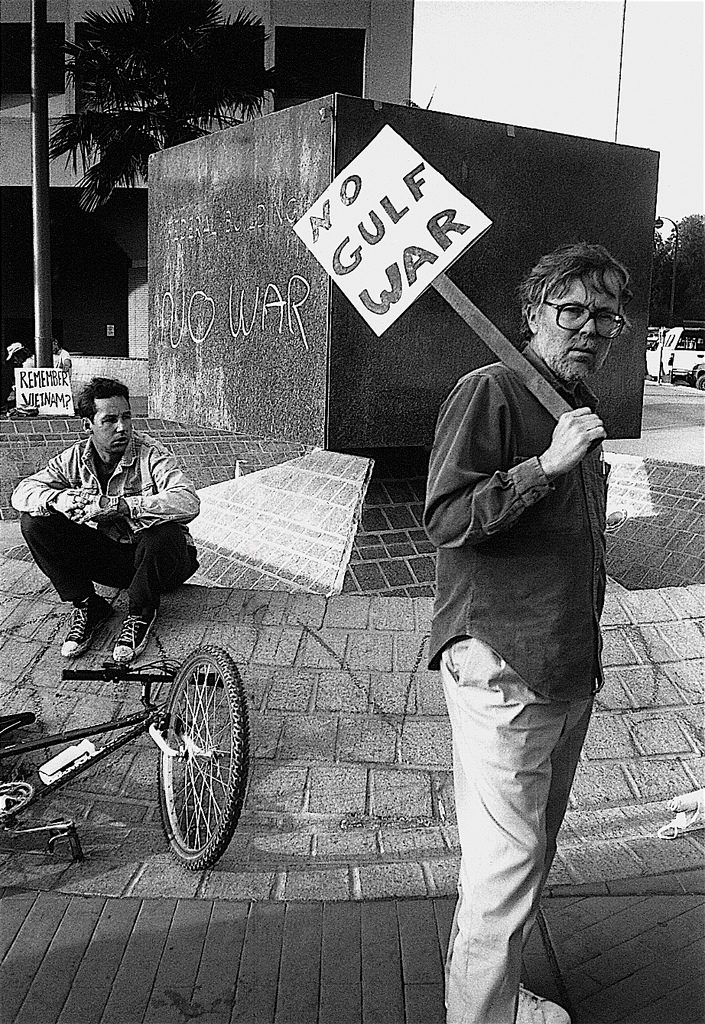 After all of this, I found myself in June 2011 at the Gagosian Gallery in Chelsea for the “L’Amour Fou: Picasso & Marie Thérèse” exhibit. While walking around this masterpiece-studded, museum-scale fusillade, I noticed several photographic references to David Douglas Duncan. It was one of those wormholes whose past-driven gravity pulls one in, via scent, sight or sound. I immediately reflected on that lunch in Chinatown in the midst of an overspent youth, and longed to make amends for… my general lameness, I suppose.

But he was sixty-three when we had first met, and now…ninety-five. When I got back to Long Island, I contacted the keepers of his archives: the Harry Ransom Center at The University of Texas in Austin. After leaving a few messages, I was contacted by a representative from the photography archives and told that David was, in fact, still with us. He was living in France, just north of Cannes. He didn’t use email, but I’d be welcome to send him a letter. I wrote him mentioning Marsha, his old friend James Crosby, and our lunch in Chinatown thirty-two years earlier.

I mailed it, not expecting much.

About a month later, in August 2011 the phone rang in my studio. It was DDD ! I was totally surprised, shocked even, but managed to keep it light. I wanted him to know how much getting to meet him had meant to me. He thanked me sincerely and asked about Marsha: I replied that I hadn’t heard from her in many years. I left out the part about how I’d have been amazed if she’d made it out of the 80’s. There was a lot of laughing and goodwill, but I was fairly certain that there was no way that he could have remembered me or the lunch over three decades earlier. Then he said:

“Didn’t you go to Culver, the same school my brother went to ?”

Realising, as I spoke, that this was a photographer with a photographic memory. All in all, we probably spoke for fifteen minutes in total. 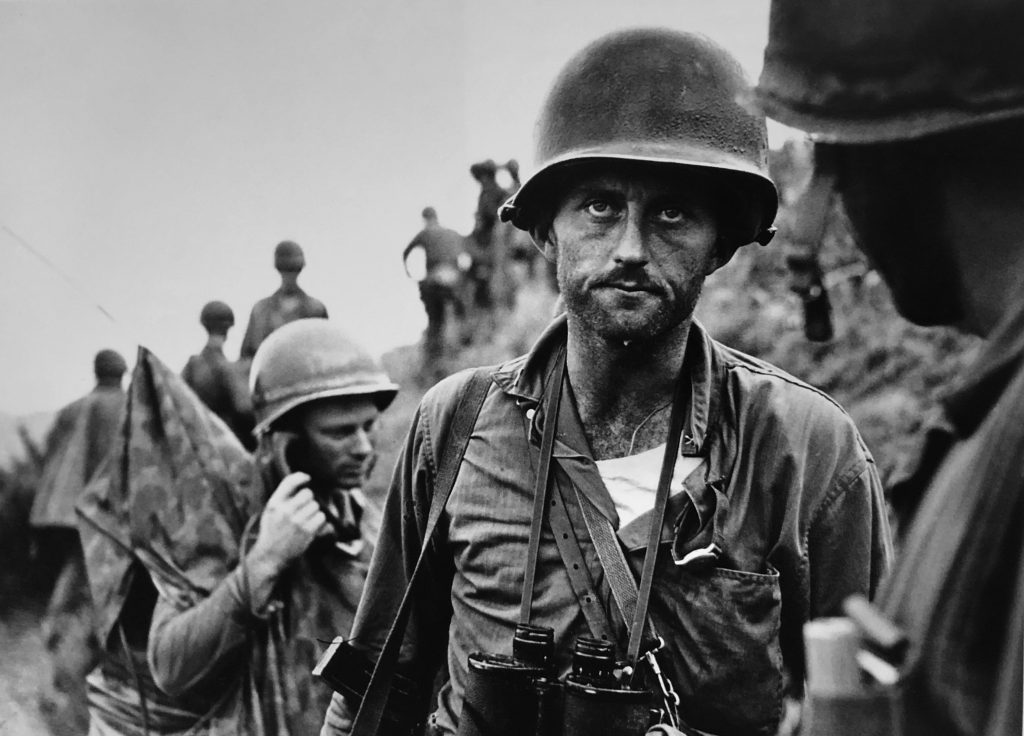 No one covered the Twentieth Century, pretty much beginning to end, like Duncan, starting with a chance meeting with Public Enemy #1, John Dillinger, in Tucson in the 30’s. Duncan was on active duty in WWII as Marine 2nd Lieutenant in the Pacific Theatre, and was aboard the USS Missouri with MacArthur for the Japanese surrender. He also served in Korea and Vietnam, being wounded several times. He is to American wartime photojournalism what Louis Armstrong was to American music; and he was the only photographer allowed unlimited access to Pablo Picasso, living close by him in Mouans-Sartoux, in France.

David Douglas Duncan, ‘American Marines running past the body of an enemy soldier on the Korean Peninsula, 1950’