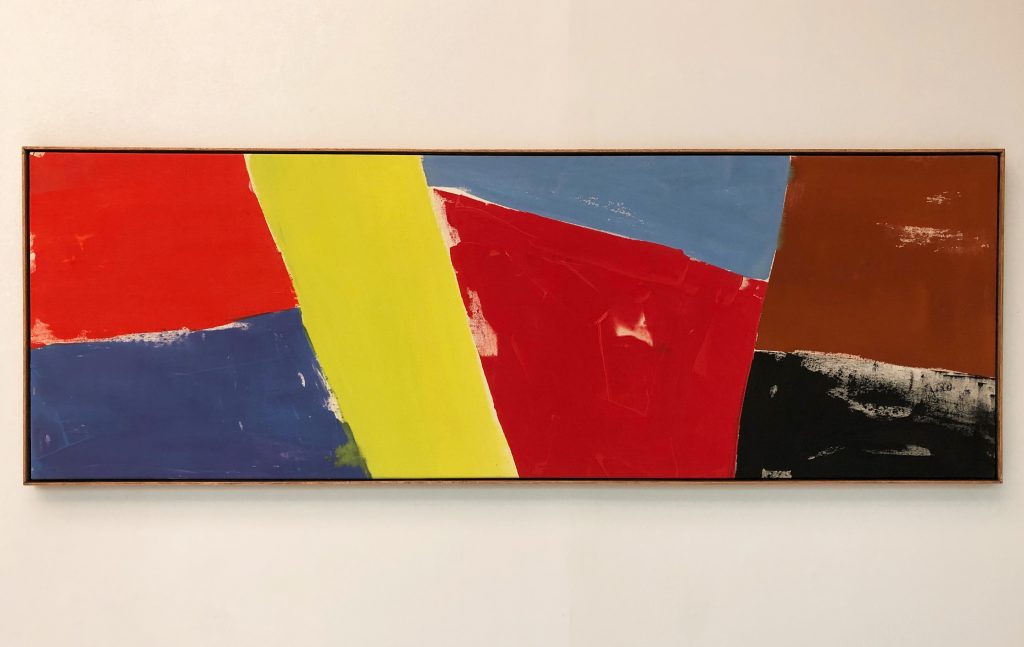 Instantloveland was greatly saddened to learn of the death of painter John McLean on 12th June.

Fittingly, Tate Britain have chosen to commemorate him with a simple plaque and a single canvas, ‘Opening’ of 1987. It’s surely one of the masterpieces of British abstraction: few painters anywhere could get near McLean for directness of attack, sureness of touch, and freshness of colour, all deployed with deceptive simplicity; and ‘Opening’ demonstrates that beyond any doubt, its brown, black, and radiant primary hues jostling and shifting inside its crazy-paving structure. The painting serves to remind us what we’ve lost with his passing.