‘Basil Beattie: Cause and Effect’ at Hales Gallery 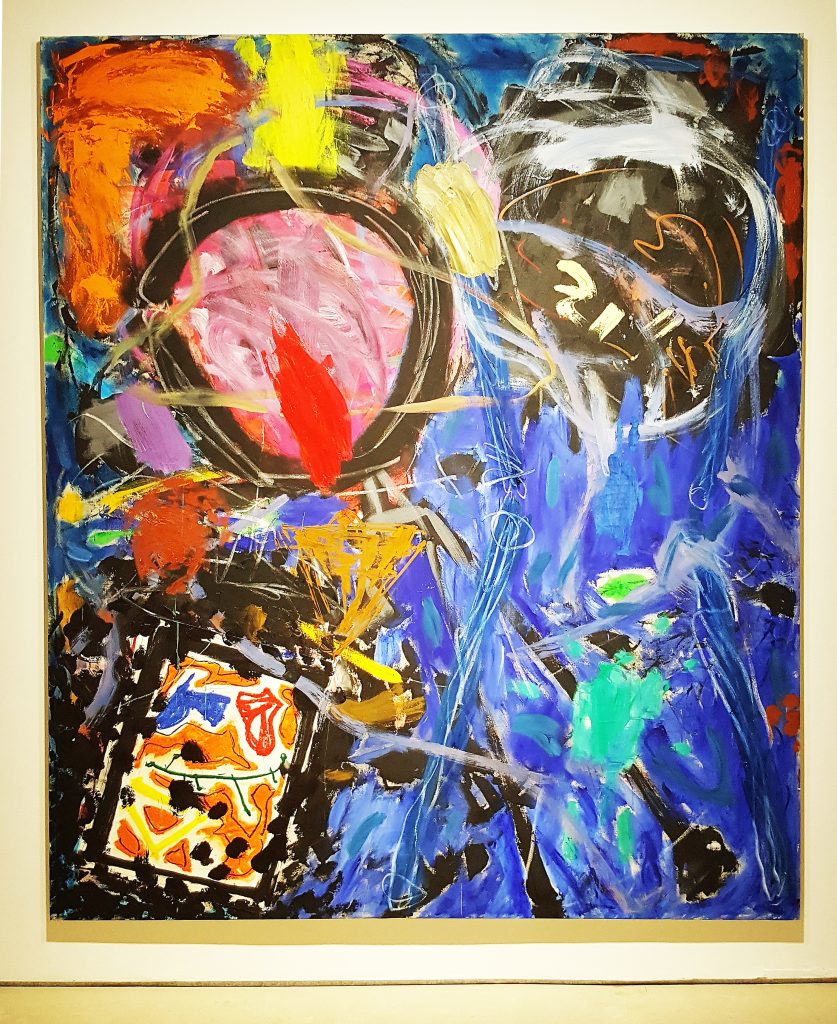 What’s a painter like Basil Beattie to do, when it becomes apparent to all except the wilfully blind, somewhere around the beginning of the 1980s, that the sort of Modernist abstraction that his generation of British artists had favoured- an art of subtle, incremental refinements as found in American and Canadian Colourfield painting- can no longer provide anything more than rapidly diminishing returns? 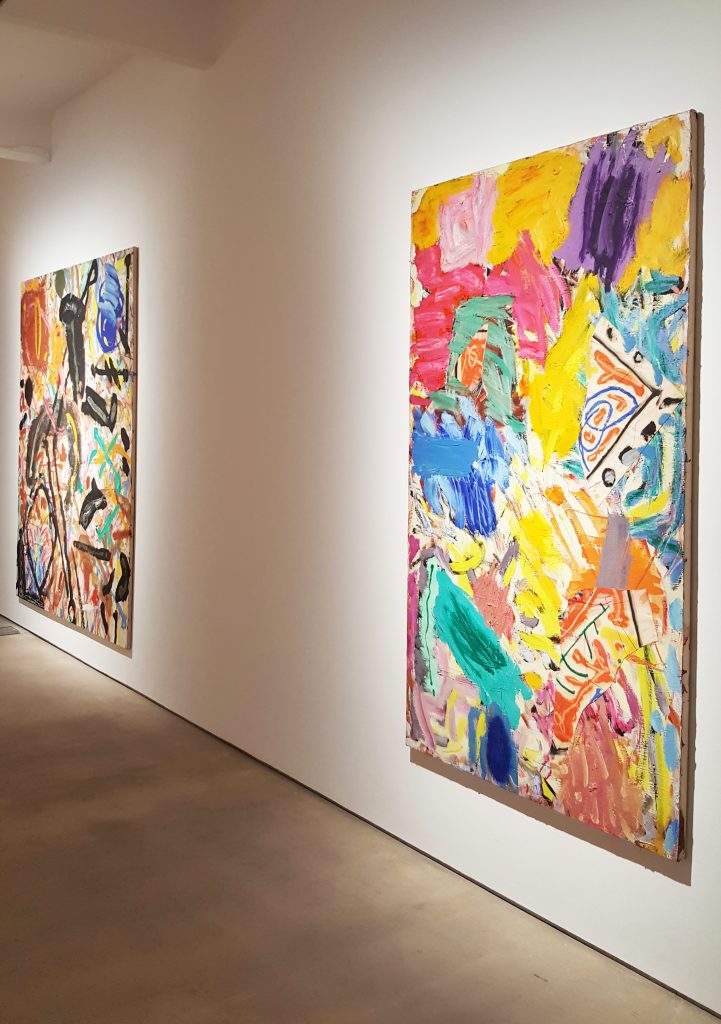 Installation view of ‘Basil Beattie: Cause and Effect’, Hales Gallery, 2020

Well…on the evidence of the six big Beattie paintings on display at Hales Gallery, Instantloveland would hazard a guess that he kept one eye trained on the Continental and American Neo-Expressionism showcased in the RA’s ‘New Spirit in Painting’ whilst reading John Hoyland’s thoughts on the way forward for abstraction with the other:

‘I’ve felt for a long time –about 15 years– that painting can only go forward by becoming more complex. When it all boils down, I’d like to make simple paintings, but I don’t think you can just go for simplicity. You’ve got to put in all these other things that are on your mind too, just to see what emerges, what comes to the forefront. You’ve got to put in all this turmoil, all of one’s ideas. There’s no easy way to make it simple. You can’t go back and emulate Rothko’s late paintings. It has to be complex, it is something artists have got to work through.’1John Hoyland interviewed by Adrian Searle, Artlog No 3, 1978 http://www.johnhoyland.com/spotlight-on-the-archive/ 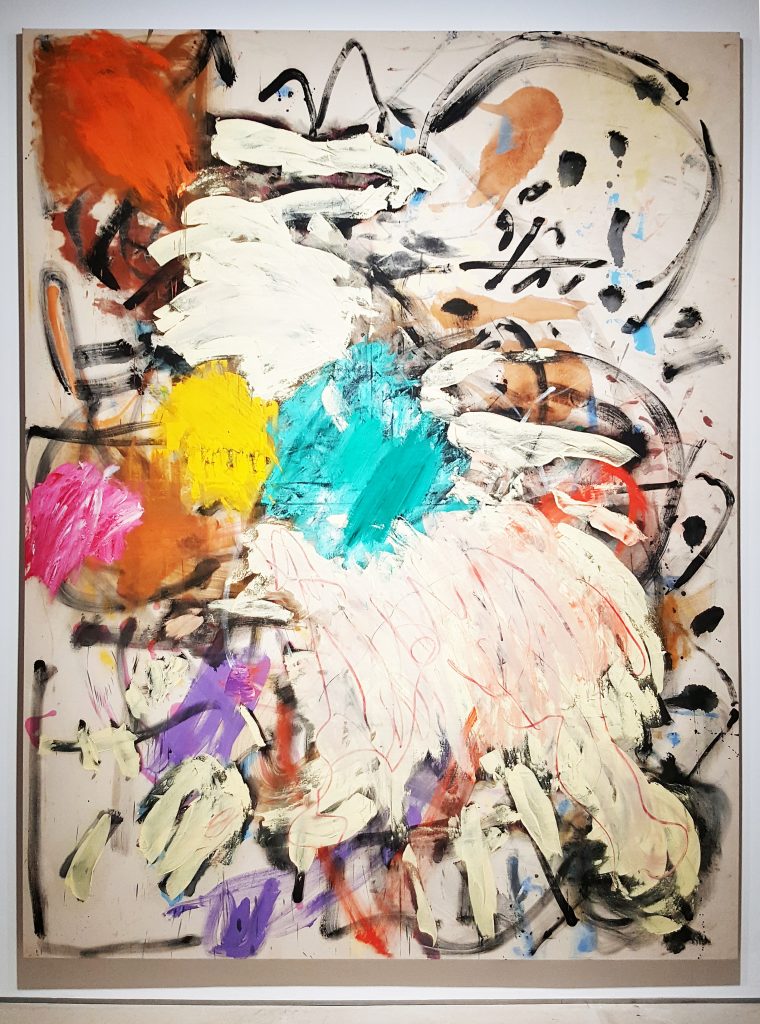 And the results, on the whole, do not disappoint. There’s dynamism, and there’s a spatial complexity of the kind Hoyland demanded, arrived at via the interweaving of sumptuous painted colour with collage and drawing; no mean feat. Beattie’s combinations of colour and shape share something of the sort of formal language that Patrick Heron was busy developing, and the heavy, dense, gestural attack seems to owe a debt to the German strain of ‘New Image’ painting, whose star was rising just as High Modernism’s was fading; but Beattie is reaching beyond these influences to grasp an all-over tautness that resists the melodrama of the pictogram, or of direct allusions to the body. In ‘Blue Joy’ a simmering red gash breaks away from a convulsing pink disc caught in flight by a black lasso-like line, which itself is held in perfect tension with an electric orange swash of paint that punches out from top left over the scintillating blues below; here, there’s more Pollock than Penck. ‘Last Thought Black’, meanwhile, with its intense but ambiguous black drawn forms that turn all the colour work beneath them to a background hum, could be considered a taste of things to come… 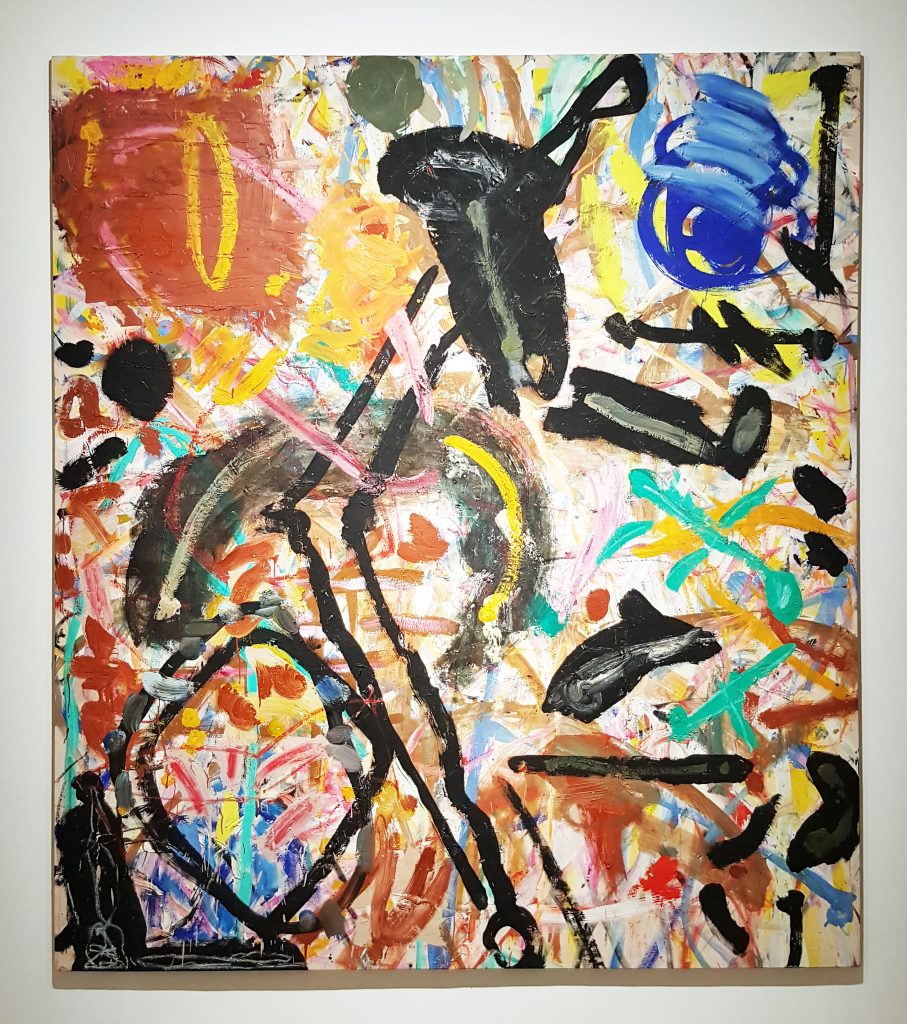