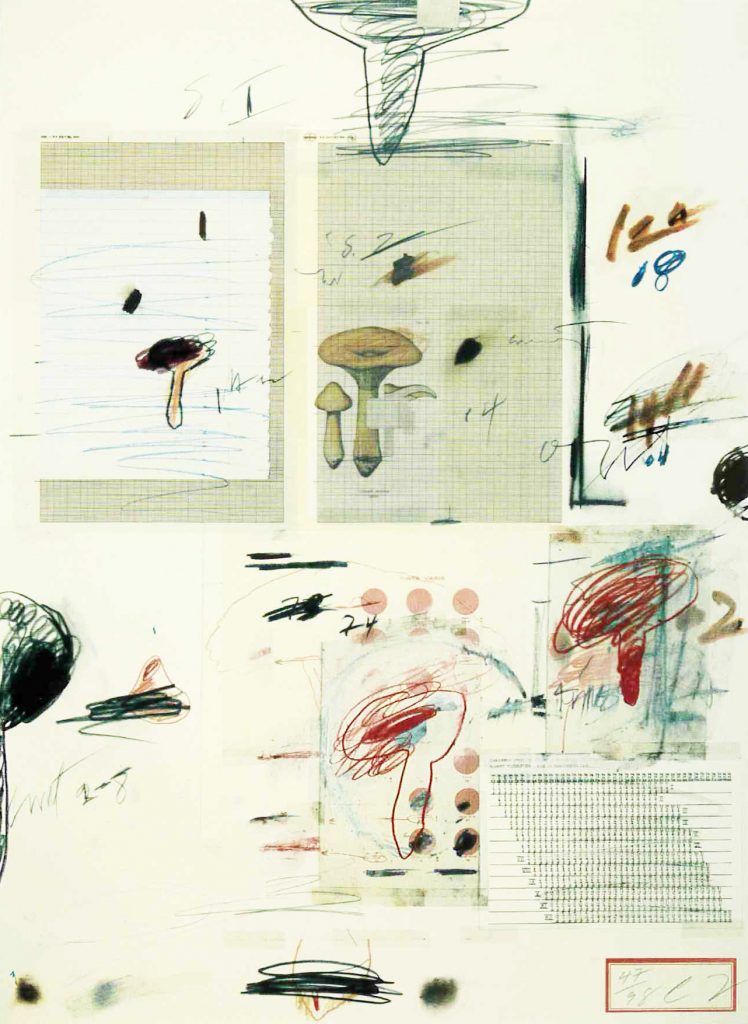 As far as Instantloveland is concerned, if you’re going to host a show of prints by Cy Twombly, an artist famously obsessed with classical antiquity, then ideally you’ll have the same handle as a hero of the Trojan War; and in this regard, the fabulously-named Aeneas Bastian doesn’t disappoint. And neither does his long, white, cool space in the heart of Mayfair, which does a very decent job of displaying Twombly’s two portfolios from the mid-1970s, ‘Natural History’ I and II, in their entirety, following the numerical sequence given them by the artist.

Few painters of the post-war epoch have explored the collision of ‘high’ and ‘low’ as exhaustively as Twombly. The ‘low’ is found in his love of workaday materials: household paints for the paintings, and wire, nails, crates and packing cases for the sculptures. Here, though, in these prints, he abandons the builder’s yard in favour of ransacking the office stationery cupboard: loading up on magic tape, graph paper, vellum and sheets of sticky labels to layer beneath, alongside, and above the collaged photographs, newspaper clippings and botanical illustrations, all decorated and defaced by his trademark slashes, smears and seismographic scribbles of crayon and pencil. 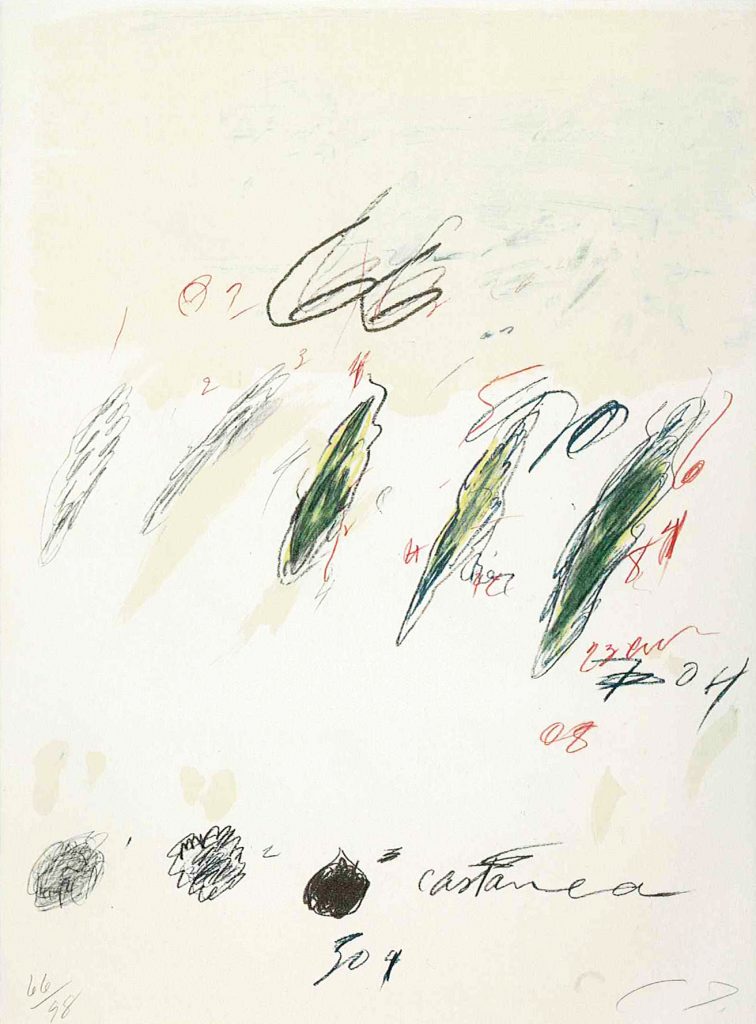 The ‘high’, in Twombly, of course, is in the allusions to the ancient world: as the gallery handout helpfully explains, ‘Natural History’ draws its inspiration from Pliny the Elder’s ‘Naturalis Historia’, a theoretical text on the natural world published in 79AD; but it’s also here both in the astonishingly sophisticated games Twombly plays with the technical possibilities of printmaking, mixing up pitch-perfect lithographic facsimiles of his gridded papers and tape fastenings with collaged-on examples of the real thing, and in the way that the portfolios appear to function as a retort to an earlier example of graphic art that combines classical literature with imagery drawn from the modern media landscape: Robert Rauschenberg’s 1958 series of 34 mixed-media drawings for Dante’s ‘Inferno’. 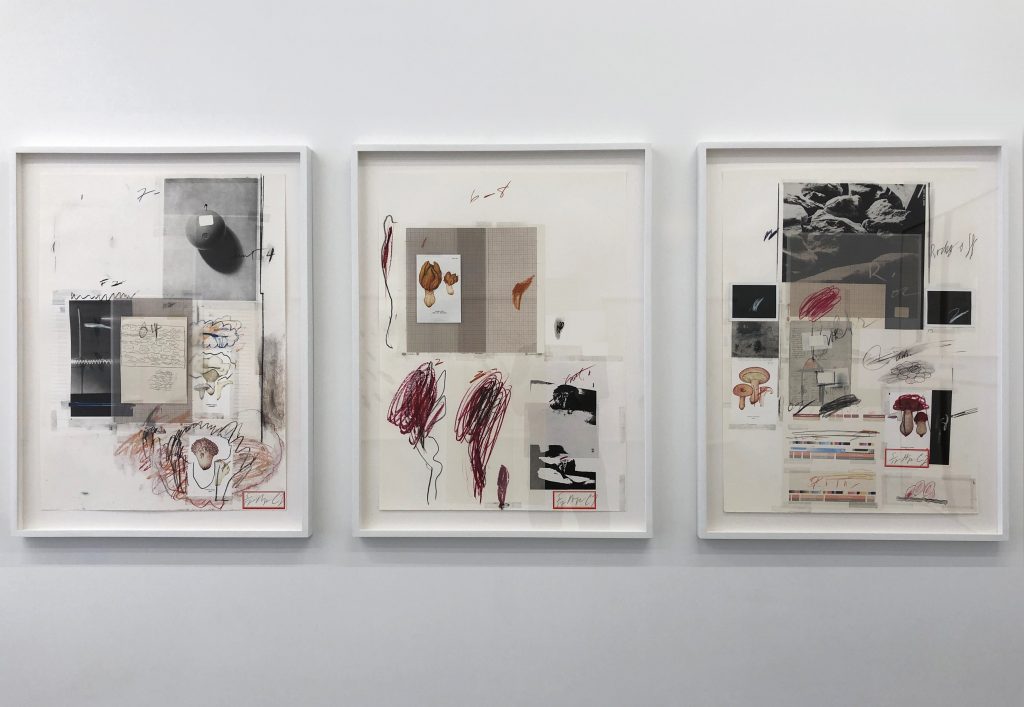 Taken together, the two series of ‘Natural History’ achieve a playful kind of richness, and their modest size, and modest ambitions, ensure that their poetic reach doesn’t exceed their formal grasp. Whether the same can be said of the other portfolio on display is another question altogether: ‘Five Greek Poets and a Philosopher’ consists entirely of six names in scrawled capitals, one name per sheet. This is Twombly at his most stripped-down, and his least ingratiating: and perhaps it’s works such as these that contribute to the feeling that the jury is still very much out on the greatness- or otherwise- of his achievement. Thumbs-up from Roland Barthes, for whom Twombly’s use of the name ‘has an absolute (and sufficient) power of evocation: to write “The Italians” is to see all the Italians.’ Thumbs-down from Donald Judd, who dismissed Twombly’s entire artistic project as ‘goofy whimsy’.